James was  born in Stockport, England in 1869. He emigrated to Philadelphia. He married Mary Whelan in 1893. James and Mary had two children, Michael and Margaret. James King established the James J. King Funeral Home in South Philadelphia in 1892. James also excelled in music and was the soloist (baritone) at St. John the Evangelist Catholic Church in Philadelphia. He died in 1945. 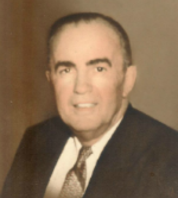 Michael was the son of James J. and Mary (nee Whelan) King. He was born on October 19, 1899. After graduating from St. Joseph's Prepatory School, he worked in construction with his uncle He later joined his father James in the funeral business in 1929 after the stock market crash. James J. King and Son Funeral Home was created.

On June 2, 1923 Michael married Gertrude Fitgerald at Ephiphany Church in South Philadelphia. A daughter Gertrude "Bunny" was born June 18, 1924. They resided on Smedley Terrace until 1927 when they moved to 2651 South 64th Street, Philadelphia. On October 20, 1927, their son James was born.

Michael was active in St. Barnabas Parish and served it well. He was president of the CYO for 14 years. He was often remembered for his sense of humor and his keen wit. He died on August 1, 1970 after complications from a broken hip. 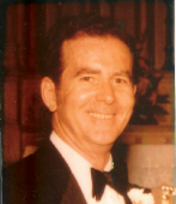 James was the son of Michael J. and Gertrude (nee Fitgerald) King. He was born on October 20, 1927. He attended St. Barnabas Grade School and West Catholic High School. He was always involved in school choirs and played football at West Catholic High School. After graduation, he joined the United States Marine Corps. After serving his country, he went to Mortuary Science School and he joined with his father in the family business.

On January 15 1949, he married Patricia McMenamin. Together they had two sons and five daughters. Under Jim the business flourished as never before due to his friendly and kindly manner. He had an operatic voice and sung most of the funerals he directed and many weddings too.

As he approached his 60th year, his beautiful voice began to falter along with his memory. Jim was diagnosed with Early Onset Alzheimer's Disease. He was no longer able to conduct the family business. Jim died on the afternoon of May 31, 1994 at the age of 66.

Thomas is the son of the late H. Jay and Nancy (nee McCoy) Sinclair. Tom was born in Philadelphia on May 31, 1950. He attended Most Blessed Sacrament Grade School and West Catholic High School (class of 1968). He received a Bachelor of Arts Degree in history Education from LaSalle University in 1972.

Tom married Denise King on September 23, 1972, his father-in-law Jim needed help around the funeral home and recruited Tom. Within six months Jim asked Tom to go back to school to become a funeral director. In September of 1974 Tom graduated from the American Academy McAllister Institute of Mortuary Science in New York City. After passing the State and National Boards and serving a year apprenticeship with his father-in-law, Tom became a licensed funeral director in the fall of 1975.

Tom and Denise have five children. Lauren Marie, Thomas Joseph Jr., David Michael, Daniel Augustine, and Michael John. They also have twelve grandchildren. Tom and Denise reside in Broomall and are parishioners of Saint Anastasia Parish where Tom is a member of the St. Vincent dePaul Society.

Lauren is the daughter of Thomas and Denise (nee King) Sinclair. Lauren was born in Darby on August 11, 1974. She attended, for her first six grades, St. Louis School in Yeadon and then finished at St. Anastasia School in Newtown Square. She graduated in 1992 from Cardinal O'Hara High School. Lauren receivd an Associate Degree in Business from Chubb-Keystone Business School in 1993.

After working 3 years for a food brokerage firm, Lauren decided to go back to school for mortuary science and join her father in the family business. In July of 1998, she received an Associate Degree in Mortuary Science from Northampton County Community College. After passing the State and National Boards and serving a year apprenticeship with her father, she became a licensed funeral director in the Summer of 1999.

Lauren married John Kederis on June 18, 1999. Together they have three children: John Thomas, Julia Marie and Andrew Patrick. They reside in Havertown and are members of St. Pius X Parish.

Pre-Plan
Pre-Arrangements Form
Have The Talk of a Lifetime

A year of daily grief support

Our support in your time of need does not end after the funeral services.  Enter your email below to receive a grief support message from us each day for a year.  You can unsubscribe at any time.